Hot Desking: All You Need to Know

We live in a world where flexibility is becoming more and more important to our work life. In some companies, traditional office desks, allocated to individuals, are being replaced with open or shared workstations, and the concept of remote working has become more mainstream. With the rise of coworking spaces, hot desking is becoming a trend that helps businesses optimize their use of their workstations and office space.

Hot desking is an established work style for individuals who are constantly on the move or are self-employed. It is about more than just the desk it is a lifestyle, but it’s not one that suits everyone. Read on as we give you the lowdown on hot desking – and why it might work for you.

What is Hot Desking?

The term “hot desking” basically means reserving a desk or a workstation for a day. It is an open-office concept with unassigned seating. The flexibility of this organized seating arrangement allows individuals to book a desk in advance or the same day they need it.

The way the system works is, individuals can use a mobile app to reserve a desk for the day or do so in person. They simply locate the booked desk, set it up, and start working.

Not much to it, right? Well, yes and no. Before deciding on hot desking, you might be curious about its pros and cons, as well as the potential differences between hot desking and desk sharing. Let’s go into more detail on these aspects.

Considering today’s fast-paced working lifestyle, hot desking is a blessing to many. Hybrid work is taking its toll and businesses are re-evaluating the use of their office space. Here is how hot desking benefits both employees and businesses interested in a new modus operandi.

Suitable for hybrid offices – If employees are offered the flexibility to work from home or the office then why not allow flexibility in the seating arrangement, too? There is no point in allocating a desk to those who don’t need to be in-office daily.

Space-saving and cost-effective – Empty desks mean wasting money on office space. With more employees working from home or coming in only two days a week, it doesn’t really make sense to keep a desk area empty. Using a hot desking layout instead can save on office running costs

Contributes to a tidier office and increased productivity – When people are not tied to their dedicated work desk space, they will not be prompted to leave their things lying around. Productivity is affected by cluttered workstations and hot desking can solve this. No more stacks of paper or personal items, but rather, a clean and organized office space.

Hot desking may be trending and practical, but we also need to consider some of its disadvantages.

Possible workplace disruptions – People coming in and looking for their desks might disrupt the workplace flow. Having them set up or trying to introduce themselves while you are in the middle of an important and urgent project can be quite distracting. There is also the issue of team members being seated in different parts of the office and having to collaborate. This environment might increase stress levels among staff.

Insufficient hygiene and well-being – With multiple people using the same desk and equipment daily, the question of hygiene and well-being is bound to come up. Bacteria and germs can easily be spread among employees. There is also the comfort of employees who might need a lower desk height, whilst others may need a chair with extra support.

Loss of structure – Hot desking may create an unorganized environment when it comes to structure and hierarchy. Some companies value the hierarchical seating arrangement, which is not really possible to achieve with hot desking. Booking a desk to work from might disrupt the playing field. Meaning, you will be working around people who are more senior or more junior.

Less of a sense of belonging – Employees who don’t have their own desks may feel left out and uneasy. As a result, this might disrupt the overall team-building effort.

Hot desking represents the unassigned seating concept of different employees who share the same desk at different times. Whilst desk sharing is quite similar to hot desking and can also reduce the number of empty desks in an office, the approach to it is different.

Desk sharing is a method of assigning a desk to two employees or more. Here, a schedule for employees is created so they can use the desk on different days of the week. For example, if there are two employees assigned to one desk, one may use it from Monday to Wednesday, and the other will use it on Thursday and Friday.

While the approach is different, the idea behind both hot desking and desk sharing is the same – to save on costs and maximize the use of office space.

Is Hot Desking Right for You?

Although the idea of introducing hot desking within a company may seem attractive, it is not suitable for all work styles and industries.

If you are working with highly sensitive information and need ongoing collaboration and consistent structure, hot desking is not recommended. Privacy may become an issue, and disrupting the work environment by changing the seating may be frustrating for employees.

Hot desking is a great choice for freelancers and those constantly on the move. It can also be a good solution for employees who can work independently for most of the day. It also helps to increase productivity, can be used to expand businesses into new markets, and avoids the high costs of long-term office space contracts.

David Stefanovski
David is part of our network of freelance mentors that will guide future freelancers. Through his expertise freelancers will learn many crucial skills, effectively increasing their income and the freelance community. David is the owner of Ridarec, a content agency and creative. 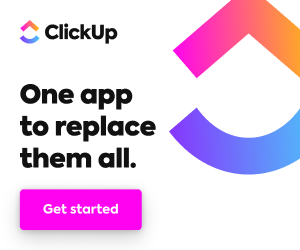 Michelle – A Finance Consulting Expert who shifted to Freelancing

History of Coworking Space: The Complete Timeline for New Startups

How to Create a Transparent Background With Canva

How to Become a Freelance Writer with No Experience?

A Guide to Working With Images in Webflow – Webflow Images

How To Take Care Of Your Mental Health While Working Remotely

Can You Use Canva Pro Images for Commercial Use? An Honest Guide

How To Get Jobs On UpWork That Value Your Time And Worth?

10 Reasons to Use ClickUp for Team Management

How to Promote Fiverr Gigs & Services?

Freelancing Vs Full-Time Job – What to Choose?

10 Best Developer Tools To Increase Your Productivity In 2021

How to Manage Your Money As a Freelancer

7 Crucial Things to Know Before You Start Freelancing

How to Manage Your Remote Based Business Finance & Accounting

Freelance vs Self-Employed – Which Type Of Worker Are You?

10 Pros and Cons of Freelancing to Consider

Ensure Cybersecurity When Working Remotely or From Home

How to Become a Successful Remote Freelancer?

How to Be a Great Podcast Guest

How Do I Brand Myself as SEO Freelancer

How to Become a Podcast Guest

How Much Do Freelance Video Editors Make

5 Effective Tips on How to Brand Yourself as a Developer

What is Freelance Video Editing & How to Earn From It

How Do I Brand Myself as a Freelancer? Step-by-Step Guide

How to Pay Tax as a Freelancer? – Complete Guide

How Much Money Can Be Made From Freelancing?

Which Freelancing Skills Are In-Demand for 2021

Which Platform is Best for Freelancers?

How Can I Become a Freelancer with No Experience?

Can Freelancing be a Career?

9 Tips to Get Freelancing Job Without Experience as a Beginner

How to Get Clients for A New Business?

How to Get E-commerce Clients

How to Get a Client to Pay their Bill

Types of Difficult Clients and Effective Ways to Handle Them

How to Get Clients As A Freelancer

How to Create Automation Using Mailchimp?

What Are the Best Alternatives to Toggl

How to Create an Invoice on Paypal